Our Journey of Faith

Members of staff have written about the importance of their faith and the journey that has got them to where they are now.

After being baptised Catholic as a baby, a path had already been set out for me. First, I was enrolled with the help of Sister Philomena at St Wulstan’s Catholic Primary School and then I continued my educational journey at St John Fisher Catholic College. Throughout my time at school, I never really thought about my faith because it was just something that I did. Routines that seemed intrinsic in me. 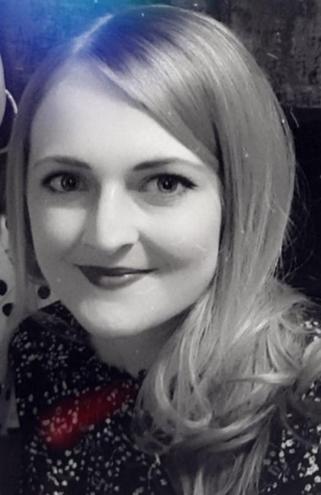 It was only really in high school that I started to think about what my faith meant to me. My RE teacher, Mr Osborne, had a role to play in this. Being a teenager, going to church wasn’t really the thing to do but he encouraged me to ‘do what feels right for me’ and humorously reminded me that ‘doing the cool things doesn’t earn you points in heaven’. With this in mind, I joined the SVP society and volunteered to lead worship in the school chapel with our brilliant Chaplain, Margaret. Both things, I thoroughly enjoyed partaking in.

Later on in my life, after university, I felt rather lost and without a purpose. I believe that this was when God called me into the role that I have today. Being given a gift to nurture and develop the children of God really is a blessing to be grateful for. Being at St Mary’s, in an environment that is full of love, warmth and encouragement, has deepened my faith further – showing me that God’s work really is being done on earth today (even if it is in little ways!).

Of course there have been times during my life where my faith has been tested, especially during the loss of my cousin to lung cancer. I think what is important though, is the knowledge that whatever struggles come to test you, you always have your faith to fall back on and an almighty God to strengthen you.

When I was six, I found a bird in my garden. It was so young that it hadn’t even had time to grow feathers. I hoped the parents would come back to look after it and sat a little distance away, on guard for next door’s cat. Eventually, just as it was getting dark, my mum came home from work. Apparently, I greeted her with, “I’ve been praying for a miracle to save this bird.” Of course, the bird was so young that it died. Mum was distraught. She thought that because she hadn’t saved the bird I would stop believing in God. However, for me the important part of the story is God was so important to my mum that she had even got up in the night to feed the bird. 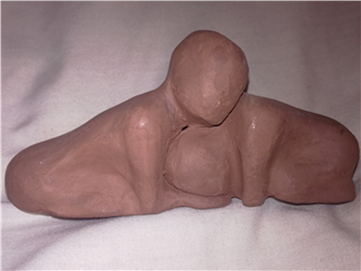 Occasionally I go to St Beuno’s, a prayer house in North Wales, to look for God. One day, in the silence, I found myself making “me” in a lump of clay. Then I thought that I ought to make God too. There were then two separate clay figures. Somehow the space between God’s hands and chin was just the right size and shape for “me” to snuggle into. And there I stay, not looking at God, maybe not even thinking about him, but held, quite safe right next to his heart.

Even when my own faith journey is not important to me there is, through belonging to the Church, the faith of other people and, more importantly still, there is God’s faith in me.